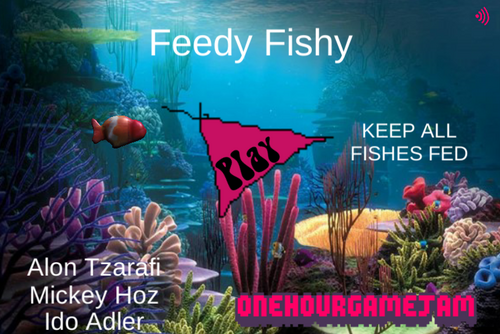 After a while, I took the challenge of making a game in one hour once again.

This time with my friends Alon Tzarafi, and Mickey Hoz.
Both of them are Unity developers as well, but since we decided that the challenge of managing code for three developers in 1 hour will be too high, Mickey made the music for the game, and Alon the art.

The theme was “Under water” and we decided to do a short aquarium game. You need to feed you fish before they starve, but to make it challenging, if you feed them too much they explode. They all must be fed, and each fish is at a different depth. (you can only drop food from the top)


See if you can reach the maximum of 5 fish at the same time :)

This time I also decided to share the code for the project as a separate release rather than a separate commit like i did before, this seems like a better decision and i’ll stick to it from now on. You are welcome to check it out at: github/1hgj.208